Raised by Hand, Lifted by the Tides : a Southern Child's Memoir By Willett Thomas

Well Ms. Thomas, you sure did a good job of putting me through a myriad of emotions with this read. I experienced sadness, frustration, happiness, anger and above all an addiction of not wanting to put this book down. Now that it is over, I’m wondering whether this roller coaster ride was worth it. Yes it was. This story takes me on a journey of a racial infected America in the 1930’s. I saw the town of Arcadia, Florida from 1937-1954 through Lil Bit’s eye. This story cannot have a straight synopsis for it is not one tale to tell. There is the story of Lil Bit who is abandoned by her mom under the care of a woman whom she lovingly calls Bubbah. There is the tale of Bubbah, a strong woman who looks after Lil Bit along with her alcoholic son, Bobby Dalton. Then there is the story of Tommy, Bubbah’s brother, whom she loves very much and who is present in each chapter of the story in the form of a letter. Very innovative. But it doesn't end here. These stories would have been all short stories had they not been intrinsically woven by a tale of murder of  Rags Jeffries.
The discrimination between the Blacks and the White’s in 1930’s forms the backdrop of the story. Many things were taken for granted – them not sitting together at a restaurant or a colored girl could not take part in a beauty contest meant for the white folks. But on the other hand   a change was coming in the form of Willie Franklin trying to report their stories and becoming a lead reporter at the Crusader or Lil Bit taking part in 'Little Miss Citrus Blossom' the first for the colored girls of Arcadia. All these issues shown through the eyes of a child is definitely worth the read.
Rating:
I would give Raised by Hand, Lifted by the Tides: a Southern Child's Memoir by Willet Thomas  3 out of 5 star.
Reasoning:
In the beginning it took me a bit of time to get into this story. But once I got into the character of Lil Bit, there was no looking back. As with many a stories, the prologue of a story can be more of a trial for a reader than an eye catcher. But once I waded through the prologue and reached the first chapter, I was caught off guard to find it quite a page turner.
Another part which left me wanting for more was Tommy, the letter writer. Here I must mention that those letters made a good story by itself. But what happens to Tommy and why did he end up…..? ( shhh… no spoilers you will get from me!!!) are some of the questions that will remain in a reader’s mind.
And a small discrepancy... Who is Redden Sanders sharing your space as an author?
My Personal Note to Willet Thomas:
You keep on writing Willet Thomas, for you have some fine tales to tell. I would love to have this book on my bookshelf.
About the Author: 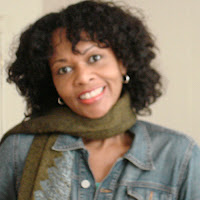 Willett Thomas is the President of Write of Passage, Inc. She earned her MA in writing from Johns Hopkins. She has received artist fellowships from Blue Mountain Center and the Millay Colony. She was selected as a Mid-Atlantic Arts Foundation fellow for the District of Columbia. She is the recipient of the 2008 Maureen Egen Writers Exchange award for fiction.
Meet the author at A Tete a Tete