Of Angels and Orphans by Barbara T. Cerny 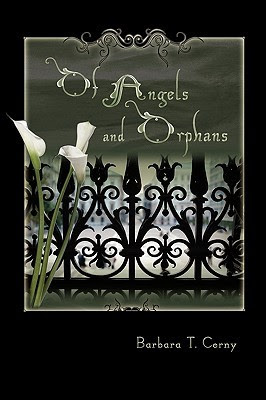 Title of Book :  Of Angels and Orphans

Disclaimer: I got this book from the author in exhcange of my honest review

Audra Markham is a ten-year-old girl born into privilege, but only in the sense of wealth. The granddaughter of a Viscount, Audra is the object of ridicule in her spoiled and spiteful family. Alone and unloved, Audra seeks solace in the comfort of food.
In another part of London thirteen-year-old Nathaniel Abbot lives a wretched life, forced to steal food in order to survive. Living in squalid conditions at the local orphanage, Nathaniel and three of his friends are spared further suffering when Audra “rescues” them from their plight.
Two lost souls that cannot find their place in the word suddenly find a place in each other’s hearts. Follow the lives of Audra and Nate as they grow from loyal childhood companions to inseparable young lovers, struggling through the perils of their own lives and facing difficult decisions that threaten to keep them apart.

She is Audra Markham. A rich, fat girl belonging to the nobility. Teased by her siblings and cousins, looked down by her parents, she looses herself to a secluded area in her garden to books. No one knows that she has something which is very rare in a small girl. A beautiful heart. A heart that motivates her to become friends with some street urchin boys.
.
He .....
He is Nathaniel Abott aka Nate. A young boy forced to live in an orphanage because he lost his family to the epidemic. He is more learned than any of his peers and also more cultured. But due to hunger he is forced to steal food. One day such an incident forces him to seek shelter in the garden of Audra.

The chance meeting in the garden of Audra, brings her in contact with the Nate and his friends. They nickname her Angel. For she is truly like an Angel to them. Bringing them stolen food to satisfy their hunger and books to satisfy their young minds.

To escape the savagery of the orphanage, Audra makes her family hire them in her estate. Soon the young ones grow to by strong youngsters and love joins Audra and Nate in a beautiful relationship. Of course in those days it was unacceptable and they had to keep their love a secret- specially from Audra's family.

Audra in the meantime decides to lose weight [ this is truly motivational now folks!!!] And she does. She becomes the beautiful Madame Butterfly and attracts the attention of an old Duke. When he offers for her hand in marriage, Audra's father readily agrees to it since it would improve their social status to have their daughter as a Duchess. Then the story takes another turn which I had not expected!!!

Instead of taking it quietly both Nate and Audra decide on fighting against it. They plan a strategy. Will they succeed or will Nate end in the gallows? What happens to all their friends? Is  there a happily ever after?

I really loved the narration style and the picturesque way the story is presented. Taking the readers to the old Victorian era is not small treat. The cobbled streets, the cobbler, the smithy or even the highwayman, all contributed in creating the aura of that era.

I loved the description of the cost of the tickets to America from England - $15. Wow! And to buy a stud farm in America.. guess the price? No wonder we say 'Old is Gold."

There are many characters in this story. Each character was well etched. The change in the atmosphere of the story from England to America was subtle, yet present. A job well done Ms. Cerny.

Coming to the characters. I loved Audra. Gentle yet fiery. A spunk of a girl who had great determination and she knew what she wanted. Though the story had some gruesome tortures by the bourgeoisie class on the commoner but they did not overtake the main theme of the story. Again very subtlely done Ms. Cerny.

What I didn't like....
Nate came out weaker than Audra. [Glares from the feminists around me]. I am not saying the I did not like Nate but after reading the story you have to agree with me that Audra is more adventurous, more spunky and definitely more loyal. [ Selena, remember Nate?]

Reading about complacent females slowly wooing the hearts of the macho men has clouded my decision may be. I am sure some of you readers would feel that Nate is a  "He is lovable every minute. He is cute, totally in love with Audra and a damn good friend". I do too... but Audra's spunk is what makes me want to be her. To all the feminists my apologies... but heck once in a while when come across a character like Audra, you need to root for her.:)
Rating....

Nate is one of the major causes why I do not think of giving it a 5 star. In the equal battle of the sexes, Audra came as a fighter. Coming from the gentry class one would expect her to be more docile and Nate being brought up on the street should have had at times at least been more vibrant than Audra. Even in the fighting scenes, it is Audra who always comes out stronger. 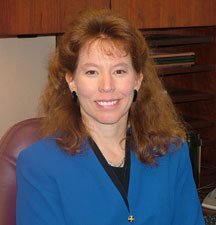 Barbara T. Cerny grew up in Grand Junction, Colorado. She served twenty-two years in the US Army Reserves, retiring a Lieutenant Colonel in 2007. She is an information technology specialist and supervisor. Barb writes historical romances good for late teen and adults. She puts a lot of history and adventure into her work. Words are her passion, they do matter

Meet the author at her Website or you can email her @ cernyb_c@sbcglobal.net

You can buy this book from: